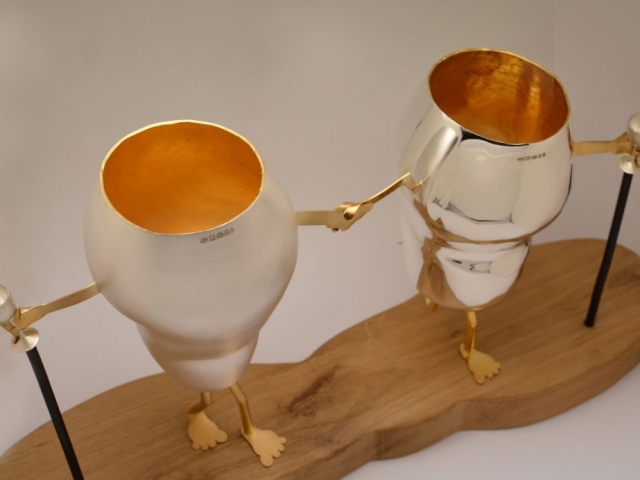 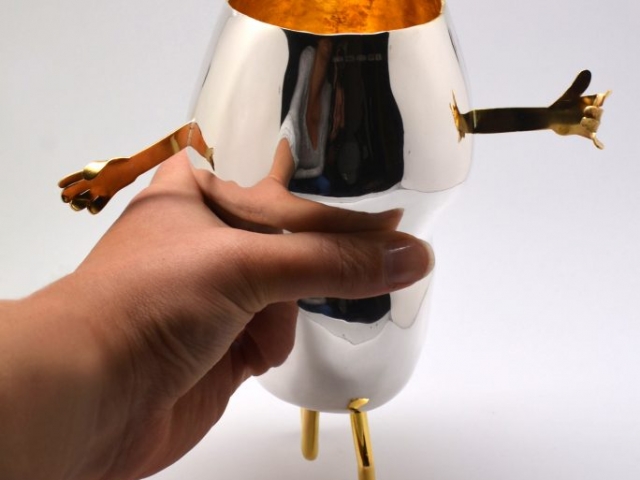 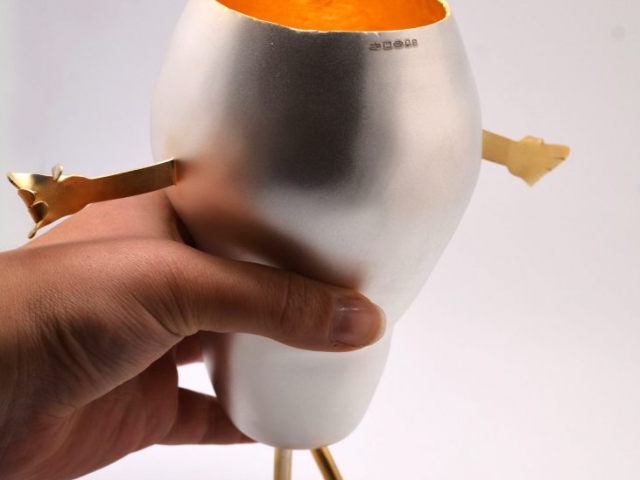 Abigail’s work for her final year developed from her topic of interest; celebrations, with the focus being on how people interact with each other during this time.

Abigail’s main body of work is her two connecting cups. The principle behind the drinking vessels is to engage people who may not necessarily engage with each other otherwise. The cups cannot be put down without the users engaging to assemble the cups on their stand. This requires users to talk and begin their connections with each other. Therefore the cups create new conversations as well as being conversational starters themselves with their unusual appearance.

The cups are raised silver vessels, formed using a range of tools such as hammers and chasing tools.  The inspiration for their unusual shapes came from people’s bodies. Using the curvature of people’s forms the cups fit comfortably in the user’s hands. The attachment of the arms and legs then developed from the interactions people have and how people dance at a celebration.

The hands in the middle, that join them, are based on a handshake. This is a symbol of an agreement or a greeting. The hands on the outside, that attach the cups to their stand, is based on the notion of a celebratory drink. This also adds humor to the piece with the idea that it is a cup drinking from a cup. The legs then are also humorous with the look of dancing.

All together this creates a beautiful piece that brings a smile to people’s faces as well as creating new connections with people. The intention of this piece is for it to be displayed and used by people, either in their home or in a workplace such as an office.